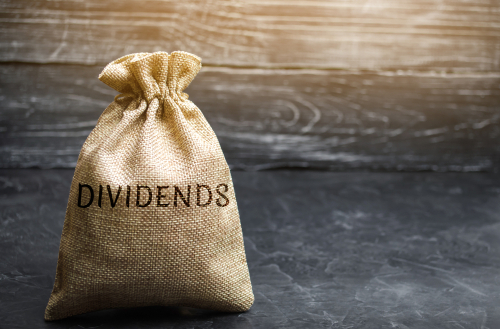 Although these dividend levels have already been announced, the future doesn’t look much brighter. According to Goldman Sachs, Q2 economic growth is expected to drop by 34 percent. Even though the COVID-19 economic crisis is expected to be worse, we can get an idea of how bad by comparing it to the financial crisis of 2008. From 2007 to 2009, the S&P 500 dividend dropped by 25 percent; it took 48 months to recover from this drop. Based on this historical look-back, chances are it’ll take longer to get back to par this time around.

It’s noteworthy to highlight companies that suspended their dividends in April 2020, and when they last suspended their dividends, historically speaking. Dine Brands Global (DIN) initially paused its stock-buyback program. This was followed up with a suspension of its quarterly dividend of 76 cents. Royal Dutch Shell lowered its dividend by two-thirds to 16 cents per share, the first time since 1945. These examples illustrate just how dire the economic situation is for companies around the world.

A cash dividend is money distributed to stockholders according to a corporation’s present earnings or amassed profits. Dividends are declared and issued by a board of directors that determines whether they’ll remain the same, increase or decrease.

Understanding the Need to Reduce or Cut Dividends

A dividend cut often results in a drop in a company’s stock price since it indicates a weakened financial position. Oftentimes, dividends are cut because earnings are dropping or there’s less money available to pay the dividend, which can be due to increasing debt levels.

The point here is that dividend cuts are a poor sign for a company that is facing financial difficulties due to reduced revenue, with the same overhead still needed to be paid (rent, wages, insurance, debt servicing). While dividends can be cut for short- or long-term reasons, such as buying their own stock back or buying out another company, with the ongoing coronavirus situation the majority of businesses aren’t doing it for positive reasons.

While reducing or removing a dividend from a company’s stock can divert cash for ongoing operations or debt servicing, it also can tell the markets things aren’t going well financially. This is illustrated by looking at AT&T. In December 2000, the company reduced its dividends by 83 percent, lowering it to 3.75 cents, versus the expected 22 cents by shareholders.

One of the first signals that a company can’t pay dividends, or won’t be able to in the near future, is to look at the company’s earnings trend and its payout ratio.

Looking at a Historical Example

During the second half of the 1990s, AT&T’s stock faced more and more competitors as deregulation went into effect. According to the company’s income statements from 1998 to 2000, annual earnings per share dropped by 50 percent.

This data is according to AT&T’s 10-K, which shows that its yearly earnings dropped from $1.96 in 1998; to $1.74 in 1999; and finally to $0.88 in 2000. With this precipitous decline in earnings and the financial pressure it put on AT&T, a reduction in dividends came next. Based on this data and some analysis, we can explain how the Dividend Payout Ratio works.

Using this ratio can help investors gauge how likely a company’s dividend will be cut or removed altogether.

Looking at AT&T’s 10-Q report for Q3 of 2000, AT&T earned 35 cents per share and gave shareholders a dividend of 22 cents a share. Based on the dividend payout ratio formula, the resulting ratio was 0.63. This ratio means that 63 percent of AT&T’s earnings were given to shareholders via dividends. When companies have challenging earnings seasons, the payout ratio gets closer to 1 because whatever the company earns is eaten up by the dividend. Therefore, the closer the ratio gets to 1, the more likely the dividend will be lowered or suspended.

While there’s no predicting what the economy will do in the future, looking at past trends can give investors insight into what companies will do with their dividends when the economy faces new headwinds.