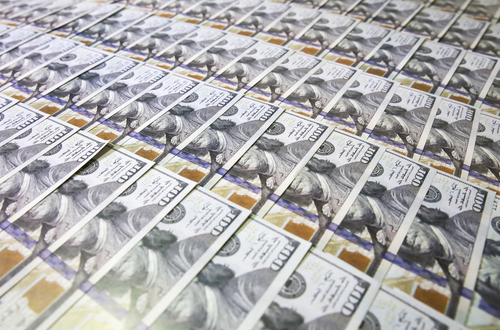 Looking back to 2012, the Federal Open Market Committee (FOMC) – a collaboration of the 12 regional Fed banks and the Federal Reserve Governors in Washington – came together and published a Statement on Longer-Run Goals and Monetary Policy Strategy.

This officially rang in the FOMC’s public commitment to maintain inflation at 2 percent. It is based on a yearly change in the Personal Consumption Expenditures (PCE) price index, and is in accordance with The Federal Reserve’s “mandate for maximum employment and price stability.”

Guided by three events in the economy, according to the Brookings Institution, the FOMC was prompted to take a second look at 2012’s existing framework. The first factor, an approximation of the “neutral level” of interest rates, or interest rate levels correlated “with full employment” and inflation targets, kept dropping globally. The “lower neutral rate” is achieved when short-term interest rates, which are controlled by The Fed, stay at levels closer to zero versus higher levels. When this occurs, The Fed has little room to further lower interest rates, and therefore stimulate the economy. The next factor involves inflation rates and anticipation for future inflation rates to stay below The Fed’s 2 percent target. The last factor was unemployment falling to a five-decade low.

The FOMC’s Aug. 27 update reveals that the inflation rate has been lower than the 2 percent inflation target in recent years, despite housing, food, and energy increasing in price for consumers.

When there’s too little inflation, as The Fed explains, it can negatively impact the economy. If inflation remains below The Fed’s “longer-run inflation goal,” it can propel a self-fulfilling prophecy of further declining inflation levels.

As originally explained in 2012 and updated in August, the FOMC’s purpose is to “promote maximum employment,” keep prices stable, and “moderate long-term interest rates.” It also guides individuals and business owners with more information to make decisions, promotes greater “economic and financial certainty” and increases “transparency and accountability.”

The FOMC’s monetary policy is a big determinate in keeping the economy stable when the economy and financial systems are put out of balance due to factors such as inflation, long-term interest rates, and employment. The FOMC accomplishes its monetary policy via the “target range for the federal funds rate.”

Looking at the “level of the federal funds rate consistent with maximum employment and price stability over the longer run,” this rate has dropped compared to past average rates. With this in mind, the federal funds rate is generally expected to remain on the lower end of the rate spectrum more so now, versus years back. With interest rates closer to the bottom end, the FOMC believes that inflation and employment perils are more likely to stay depressed.

Based on comments from The Fed in August, the FOMC clarifies its Congressional Mandate regarding price stability and maximum employment, along with determinations on its short-term interest rate and other monetary policy considerations.

Following up on its Congressional mandate for The Fed to ensure maximum employment and price stability, the first thing to focus on is price stability or inflation.

Before, The Fed had a price stability target of 2 percent inflation, based upon the Personal Consumption Expenditures price index. The FOMC called this price stability “symmetric,” meaning that inflation above or below the target is equally concerning.

However, its new stance will now focus on attaining “inflation moderately above 2 percent for some time” after an ongoing time period of tame inflation. Based on comments from Fed Chair Jerome Powell, this is a flexible form of average inflation targeting.

With these two changes to The Fed’s Congressional mandates, many expect monetary policy to be quite loose over the coming years, according to the Brookings Institution. By permitting hotter than normal inflation and low rates of unemployment, there’s a remote chance The Fed will increase interest rates prior to inflation running north of 2 percent for a measurable time period.