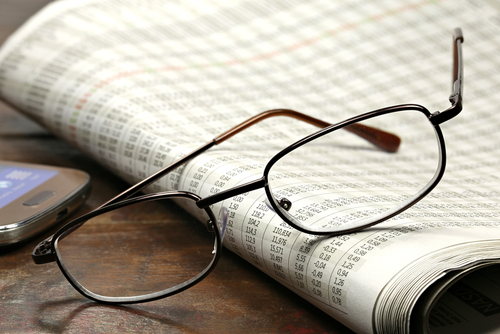 Investment banks can be a good predicator for the health of the market in the near future. Investment banks make the bulk of their money on mergers and acquisitions, initial public offerings and financing activities (bond issuances and syndicated loans). As a result, we can look at investment bank fees and performance as a proxy for the strength of the economy and markets in general. Strong performance means there is a lot of activity – and since this activity is almost always reliant on financing, it also can hint at a strong lending environment and good overall liquidity. Together, these factors are crucial to strong capital markets.

Taking a Look at Last Year

In order to understand where we are going, let’s first look at the past. Globally, capital markets saw strong activity across all investment bank product lines throughout 2017 as measured by investment banking fees, which hit an all-time high. Nearly 75 percent of these fees were from capital market activity and indicative of global markets. Chinese companies in particular saw a surge in both debt and equity issuances, along with M&A activity as they continue to acquire targets outside of China.

M&A activity was strong during the first half of 2018 – especially large transactions. Total equity issuances also increased, rising from 1,320 in the first quarter of 2018 to 1,344 in the second. While this is lower than the last quarter of 2017, it still remains above historic norms –  with the average number of deals being around 1,250 over the past four years. Large deals picked up the most momentum, with the average deal size exceeding $150 million for the second consecutive quarter. Fueled by steady economic growth accompanied by higher corporate earnings from tax reforms, the momentum is expected to continue through the remainder of the year. The current tariff-driven trade issues and rising interest rates in the United States could pose some headwinds, but generally M&A deal volume is anticipated to accelerate into the end of 2018 and early 2019. This indicates strength in the overall capital and equity markets.

Beyond M&A activity, Initial Public Offering activity has grown steadily since the beginning of this year and is expected to remain strong or even accelerate, being driven by favorable equity markets, solid corporate earnings and improved investor confidence. During the second quarter of 2018, companies raised almost $203 billion in new capital through IPOs and FPOs (Follow on Public Offerings), according to Thomson Reuters.

Second Half of 2018 and Beyond

Moving forward, we are seeing a sharp differentiation based on industry within capital markets. The strongest IPO activity is in the health care, real estate, industrial and technology sectors.

The recently enacted tax reform could also impact capital markets as the effects are starting to flow through the economy. Sector-specific issuances are set to increase among traditional industries like regulated energy utilities due to lower corporate tax rates.

While IPO and M&A activity is expected to remain strong, slowly rising interest rates are subduing refinancing activity. A resurgence in collateralized debt obligations is supporting loan activity, driven mainly by syndicated loan issuances (where multiple banks or other sources pool together to fund a loan). Interestingly, lower credit quality debt has not been as rate sensitive.

Overall, investment bank activity as evidenced by their earnings indicates strength in the overall capital and debt markets going into the end of 2018 and into 2019. The resurgence in collateralized loans was a surprise and is somewhat concerning given what happened the last time they got out of control; however, most believe regulators are keeping a closer eye on things this time around.